Many families maintain a Thanksgiving tradition of going around the table laden with turkey and fixin’s and having everyone share what they are thankful for. The responses are usually predictable: “I am thankful for my family, my home, my friends, my job, my good health . . . and of course the food!”

Indeed, we should be thankful for all those things. But this year, I’m challenging myself to go a bit deeper in my gratitude. END_OF_DOCUMENT_TOKEN_TO_BE_REPLACED

My coworkers and I received the sad news last week that one of our colleagues had passed away. It was a shocking revelation to many, as few knew how ill he was.   Only a few days before his death he had learned that he had stage four cancer.  Most employees hadn’t even heard about the diagnosis, let alone that he was near death. As I sat with my coworkers at his funeral just days ago, many of us were still reeling from the abrupt loss. I couldn’t help but think back to the first time I was faced with the sudden death of a colleague. I was much younger—in my late-twenties, and Jeannette’s passing hit me with much greater intensity. We had not only been teammates in a tight-knit Christian camping ministry,  we were very close friends and neighbors. The post below is based on the article I wrote in response to my first experience with sudden loss and grief. It also turned out to be my first published piece in a national Christian magazine. END_OF_DOCUMENT_TOKEN_TO_BE_REPLACED 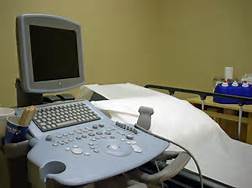 It felt like the walls were closing in. A dim, recessed bulb cast a faint ray of light from the ceiling. The only other illumination was the eerie glow from the high-tech machine just used to perform a test on me. I was alone, lying on a paper-covered exam table. A white towel covered the suspect part of my body and a medical gown barely covered the rest.

The unsmiling technician had routinely performed the test without emotion, lending neither comfort nor revelation. “I’m going to get the doctor to discuss the findings,” was all she said as she closed the door behind her.

I knew the specialist could walk in and announce that I had a deadly disease. I had waited weeks for this test after an earlier exam revealed something suspicious. Only in my thirties, fear clutched at my throat as I tried to brace myself for what could be the worst news of my life. I instinctively began praying: “God—where are you? Please help me not to be afraid. Please help me feel your peace.” Fear’s grip didn’t loosen, and I felt utterly alone. I prayed with more determination. “God, you say that you will never leave or forsake us. Please take away this fear!” Still, the calming sense of peace I cried out for refused to permeate the sterile environment.

The doctor arrived, and though he delivered good news, joy escaped me. I was exhausted from feeling as if I had borne the stress alone. And I was hurt and confused because God had not responded the way I thought he should. For several days afterward my faith was shaken. But gradually I began to see that the rattling was for my own good. My concept of God was being jostled right out of its tiny box.

After being a Christian for many years, I thought I knew God. I thought I could predict how he would respond to my cries for help. My experience in the exam room reminded me that God is much bigger than my understanding. While I rest secure in His goodness, faithfulness, and grace, His ways will always be higher than mine. “For my thoughts are not your thoughts, neither are your ways my ways,’ declares the Lord” (Isaiah 55:8). He is all-knowing and all-powerful, and does what he deems best, even if at the moment it might not feel comfortable or “safe.”

C.S. Lewis captured this aspect of God in his

portrayal of Aslan, the character who represents Christ in The Lion, The Witch and the Wardrobe. Mr. Beaver describes Aslan to the four children: “Aslan is a lion – the Lion, the great Lion.” “Ooh!” said Susan, “I’d thought he was a man. Is he – quite safe? I shall feel rather nervous about meeting a lion.” “That you will, dearie, and no mistake,” said Mrs. Beaver; “if there’s anyone who can appear before Aslan without their knees knocking, they’re either braver than most or else just silly.” “Then he isn’t safe?” said Lucy. “Safe?” said Mr. Beaver; “don’t you hear what Mrs. Beaver tells you? Who said anything about safe? ‘Course he isn’t safe. But he’s good. He’s the King, I tell you.”

As I grappled with the dual concepts of God’s goodness and his untamable nature, some of the peace I craved in that dark room showed up. I learned that I cannot approach God with a vending machine mentality (insert prayer, immediately receive the answer to my specifications). I now realize that even though God didn’t instantaneously take away my fear when I asked Him to, it didn’t mean he wasn’t there. Psalm 34:15 confirms that “The eyes of the Lord are on the righteous, and his ears are attentive to their cry.” He was there even when I couldn’t “feel” him.  He was there even when he didn’t act the way I thought he should. He heard my cry for help—but in his wisdom he allowed me to experience a situation that stretched my faith.   I learned the important lesson that I can never control God—only trust him.

In his book, “Knowing God,” J.I. Packer states, “We may be frankly bewildered at things that happen to us, but God knows exactly what he is doing and what he is after. Always, and in everything he is wise. We shall see that hereafter even where we never saw it here. Meanwhile, we ought not to hesitate to trust his wisdom even when he leaves us in the dark.”

Like he did with me, in that exam room. It was right where I needed to be.