Not every storm has a name, like Harvey, Irma, or Maria.

Mine arrived without radar predictions or an evacuation warning.

An urgent voice on the other end of the phone said, “your house is on fire—you’d better get over here, NOW!” 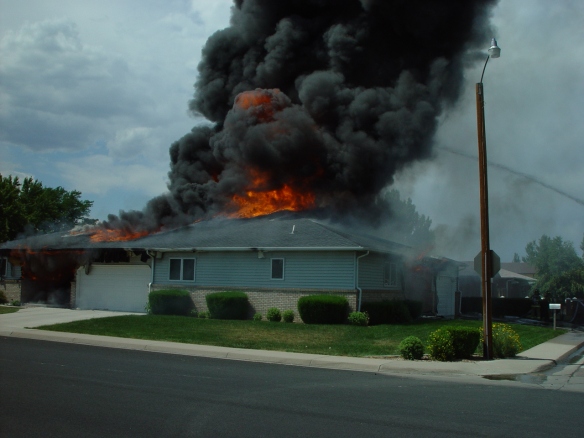 A few minutes later I found myself standing across the street from my home, watching helplessly as voracious flames consumed the roof.

The firefighters valiantly fought the blaze, preventing it from completely destroying the structure. But what remained was damaged severely by heat, smoke and water. 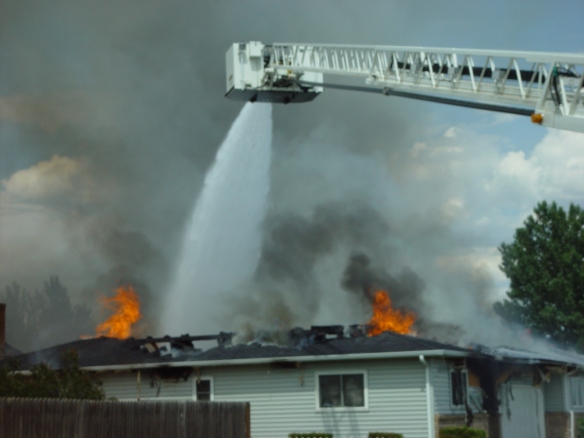 For the first time in my life, I was confronted with sudden disaster, devastation, and displacement.

There’s been a lot of that going around lately. Perhaps like me, you’ve felt heart-sick over the string of calamities the past few weeks . . . hurricanes, wildfires, and earthquakes.

How do we recover when a major storm sweeps through our lives?

Here are ten things I learned when sudden catastrophe struck my life:

1. Focus on the basics. A co-worker’s wife (whom I barely knew) was standing next to me as my house smoldered. Suddenly, I blurted out, “I don’t have any clothes except what I’m wearing!” Her immediate response was, “What size do you wear?” She went to her own closet to gather clothing for me. When you’ve suddenly lost your home, basic needs like shelter, food, and clothing become paramount.

2. Connect with resources. My first phone call was to my dad, and the next was to my insurance agent. I also connected with the firefighters, police officers, and a chaplain at the scene. Over the following weeks and months, I relied on friends, family, and people from a variety of specialties to help me. It’s important to remember that you don’t have to face the recovery alone.

3. Expect to feel overwhelmed. My insurance company required me to make a list of everything I had lost. I remember closing my eyes and trying to envision each room in my house. . . the furniture, the décor’, the wall hangings. Then I went deeper, mentally opening every cupboard, closet, and drawer, struggling to recall their contents. This one assignment alone was daunting, yet was only a tiny portion of the claims process. When major loss happens, don’t be surprised if you feel in over your head at times.

4. Acknowledge the trauma. Some of the first words out of my mouth at the scene were, “It’s just stuff.” While this was true, the remark minimized the trauma of the situation. As the days progressed, I began to experience both physical and mental symptoms that were making it difficult to function. These were exacerbated when I learned that a series of looters had ransacked my house. I sought the help of a counselor, who quickly recognized that I was experiencing classic symptoms of post-traumatic-stress-disorder. 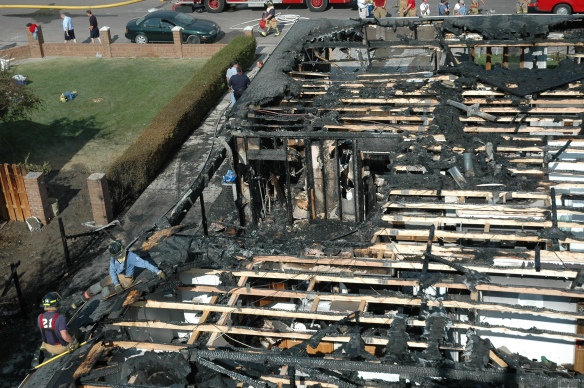 5. Grieve the losses: I didn’t cry the day of the fire, or for several weeks afterwards. Then, one sweltering afternoon I was asked to go through some boxes of items pulled from the rubble. As I sifted through the broken, soot-covered treasures, I came across a tiny 45 rpm recording of the Ugly Duckling story I had listened to repeatedly as a child. For some reason, it was the trigger that broke my dam of “bravery.” As I knelt on my cement garage floor weeping, I realized I was grieving not only the damaged record, but all the things that had been destroyed in the fire.

6. Accept kindness: Tragedies often bring out the goodness in people and communities. My sweet elderly dad opened his home to me without hesitation. Numerous people sent gift cards to help with expenses. A friend served as my personal clothes shopper for a day. Another loaned me a computer for several weeks. Staff from a Christian camp I used to work for sent two big care packages. A thoughtful co-worker even gave me a vintage replacement of my Ugly Duckling record. Acts of kindness like these shone light into a dark time.

7. Give it time. Restoration is a long process. I remember wishing things would move more quickly – both the rebuilding and my recovery from my physical symptoms of stress. As the weeks and months dragged on, even a community member grew impatient, complaining to the Mayor that the construction was taking too long! In the end, I was displaced from my home for eight months, but it took much longer to feel whole again.

9. Realize some things may remain a mystery. One of the first things people ask me about my fire is, “what caused it?” Though multiple agencies investigated, no official cause was ever found. While it’s nice to have answers to “what” or “why,” sometimes we just aren’t given them this side of heaven. I chuckle at the explanation one of my cousin’s young children provided. She said, “Maybe God just wanted to give her a new house!” While I doubt that was the purpose of the fire, I do believe it was allowed for a divine reason.

10. Keep looking up. In times of disaster, it’s essential to look above our circumstances to God, our greatest helper. Scripture reminds us that we do not need to fear sudden disaster, for the Lord will be at our side; He is an ever-present help in times of trouble; He promises to never leave nor forsake us; and He is in the business of bringing beauty out of ashes.

I can testify that these things are true, because He did all of them for me.

Whatever storms may sweep into your life, I pray that you will place your trust in the One who is able to help you through them.

[1] “Have no fear of sudden disaster or of the ruin that overtakes the wicked, for the Lord will be at your side and will keep your foot from being snared.” Proverbs 3: 25-26 (NIV)

7 thoughts on “Recovering from sudden disaster”