My dad’s world (and my family’s world) changed dramatically this month. It started with a phone message alerting me that dad wasn’t answering the door for his noon “Meals on Wheels” delivery.  I wasn’t initially too concerned, because sometimes he doesn’t hear the doorbell.  So I tried calling dad and left a message. Five minutes later I tried again. When another few minutes had elapsed, my anxiety began to rise.   I called my cousin’s husband who lives around the corner from dad and asked him to check things out.

My relative called with an urgent tone in his voice moments later to let me know that he had found dad collapsed on the floor, unable to get up.  Dad was still wearing his night clothes, so we estimated he had been there at least five hours.   His “Life Line,” which would have detected the fall, was later found on his bathroom counter.

After dad took a trip to the ER and spent a night in the hospital, my brothers and I felt he shouldn’t be alone in his home anymore. Dad surprisingly agreed, stating he no longer felt safe there. A doctor from his primary care physician’s office wrote the order for him to be transferred to the rehab wing of a local nursing home.

The goal was to have dad receive some in-patient physical therapy to recover from the fall, after which we hoped to move him to a lovely assisted living facility.

We scrambled to gather dad’s personal belongings for the quick move, and bravely proceeded to the nursing home. The day he was admitted, dad was still weak and sore from the fall, but able to walk with just a cane. As we got closer to the entryway, I noticed a banner celebrating an award the facility had received. The staff greeted us with warmth and friendliness. Though it was hard to leave dad, we felt like he was in good hands. After all, it would only be temporary.

The physical therapists worked with him over the next few days, commenting on how well he was doing. I was told they expected him to be “out the door” in a couple of weeks. Indeed, dad was already zooming up and down the halls with his walker, looking light years ahead of most of the residents.  My brother referred to him as “the fastest kid on the block.”  Caregivers even had to go hunting for him because he was exploring all around the facility. In the meantime, we contacted the assisted living facility, hoping and praying that an opening would be available when dad was discharged. 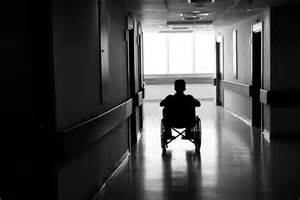 Not an actual photo of my dad

But at about day ten in the nursing home I noticed a change. Dad was doing worse, not better. He had a harder time walking and was overall weaker. Within another few days they  put him on oxygen, something he had never needed before.   By the third week he was so feeble that he was confined to a wheelchair and could barely stand without assistance. His hands, legs and feet were swollen, his breathing labored, and his voice diminished to a whisper.   Dismayed by his precipitous decline, I kept asking for an explanation, but was met with “we don’t know.”

I began to wonder if maybe it was just dad’s time to go – perhaps his 93-year-old body was shutting down of its own accord and there was nothing we could do about it. I could somehow come to peace with that.

Except that wasn’t what was happening. It turns out that all of the symptoms dad was experiencing were tied to one poor (though well-meaning) decision to discontinue a medication he had been on for years.   The elimination of the medication meant that fluid was accumulating all over dad’s body – hurling him into congestive heart failure and re-awakening a dangerous leg condition that had been under perfect control for four years.   The medication was finally re-instated at day nineteen – but the damage had already been done and has been slow to reverse.

In fact, a chain reaction of new issues has occurred to complicate the situation.  Dad’s swollen, painful right foot has developed ulcers, and another trip to the ER revealed that several dangerous blood clots have formed in his leg. He now has to take additional medications (including injections into his stomach area) to thin his blood. 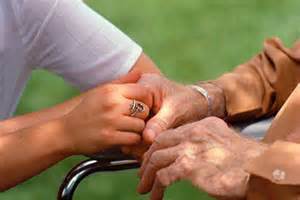 my visceral reaction was a potent fusion of anger and heartbreak.  I knew that much of his suffering could have been prevented. The people in charge of dad’s medical care screwed up, plain and simple.

So where has God been in all of this?   Why did he allow human error to cause this situation?   I know he could have prevented these turn of events, but for some reason he chose not to.

I have been a follower of Jesus most of my life, but it is in times like these when the rubber meets the road in my faith journey. As I have wrestled to process the situation, I ultimately keep returning to the things I know are true about God and his character.

Perhaps the most difficult insight God is revealing to me is that  sometimes he accomplishes his will through people who screw up.

I don’t understand it. I don’t even like it. But I choose to trust Him anyway.  it reminds me of Laura Story’s song, “Blessings,” where she says, “What if trials of this life – the rain, the storms, the hardest nights are Your mercies in disguise.”  Perhaps there is a greater mercy at work in our situation that is yet to be revealed.

Another song that has been playing repeatedly on my favorite Christian radio station has also brought me encouragement:

Hold it all together

Everybody needs you strong

But life hits you out of nowhere

And barely leaves you holding on

And when you’re tired of fighting

Chained by your control

Lay it down and let it go

Chorus: So when you’re on your knees and answers seem so far away

You’re not alone, stop holding on and just be held

Your world’s not falling apart, it’s falling into place

I’m on the throne, stop holding on and just be held

Maybe this message is for you, too.   You can trust God when you don’t understand why things are happening – even when people screw up and seem to make things worse. God is ever-present to hold and love you through your suffering.  His mercies are new every morning, and he will bring ultimate wholeness as you place your faith in him.

A dear, wise friend whom I consider a second father sent me the following litany that sums it up well.

14 thoughts on “Trusting God When People Screw Up”